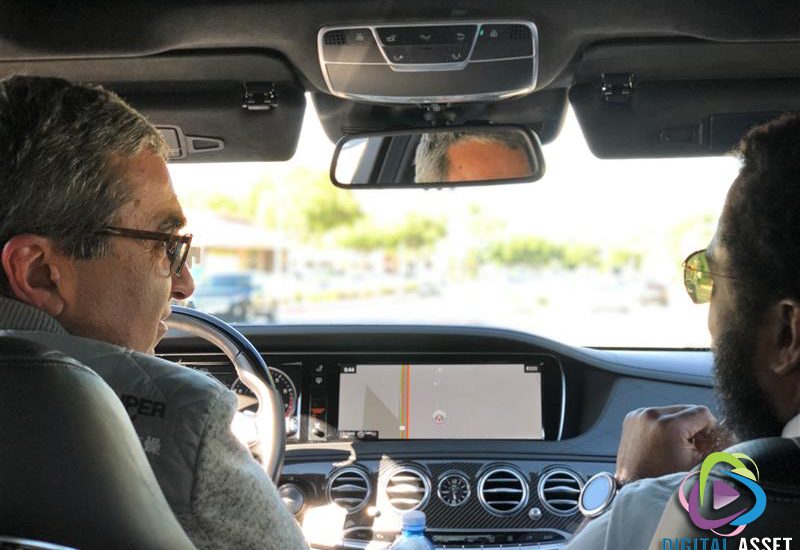 The 1 Billion BIT DigitalAMN received is part of the blockchain ledger as noted here:

Now, some of you may be thinking… why on earth would DigitalAMN even for a moment give any consideration whatsoever to a company that has all but been blacklisted? On the surface, you might be correct in your skepticism. Let’s face it, BITCF’s status with the OTC Markets is ‘Caveat Emptor’ (Skull & Crossbones). First Bitcoin Capital Corp is an Alternative Filer and a penny stock that now trades on the ‘Grey Sheets’. “The what sheets!??”  Yes, you read it right… the Grey Sheets.

While it’s true that the Grey Sheets typically have a negative connotation, there may also possibly be some deliberate reasoning to consider listing on the Grey Sheets.

First, as I understand it, before becoming hospice house to lowly ‘Delisted Stocks’, the Grey Sheets were once intended as a platform for start-ups and spinoffs – offering development stage companies the opportunity to grow in the shadow of the public markets until they are ready for ‘prime-time’. Then, once they met specified qualifications and could afford the cost of trading on a primary exchange, they would be able to make a vertical move.

On the Grey Sheets, a startup and/or spinoff should be able to (in theory):

• Slowly establish a shareholder base, engage a transfer agent and secure a stock symbol;

• Have time to effectuate a viable business plan without full exposure to the public markets;

• Create a trading history along with shareholder growth until the startup or spinoff qualifies for a higher exchange (Pink Sheets, OTCQB, Big Boards);

• Pursue potential funding options as well as investor awareness; and,

• Keep fees associated with being a public company to a minimum while operating under much more relaxed securities regulations.

This may be considered good stuff!  But, I’m not going to romanticize it, folks.

First Bitcoin Capital Corp did not voluntarily end up on the Grey Sheets. Nor, to the best of my knowledge, did they get fined, sued, or punished for violating any specific rules or regulations. It simply appears that during the ‘heyday’ of blockchain and cryptocurrency mass hysteria – for everything Bitcoin, blockchain, alt coins, and tokens from ICO’s – First Bitcoin Capital Corp may have been at the wrong place at the wrong time, that is, perceived to be capitalizing on the quickly changing crypto landscape and caught in the crossfire.

I will tell you what I do know though. Even after losing the glitz and glamour of trading tens of millions of dollars in daily volume at one point, Mr. Greg Rubin and First Bitcoin Capital Corp have not stopped moving forward. And for any dedicated entrepreneur, continuing to move forward in the face of adversity is half the battle.

Besides, why shouldn’t they continue forward? If the Grey Sheets are indeed a forum to push startups and spinoffs forward – and not it’s recent reputation [go die public company, go die] – then ironically, BITCF may very well be listed on an appropriate exchange. And at DigitalAMN, it just so happens that we are in the business of assisting both developing and/or fledgling companies, public or private, no matter where they may live, so long as they have a viable opportunity and can make a contribution to the world.

So, what’s the big deal about First Bitcoin Capital Corp as it relates to DigitalAMN?  Well, think about it… for just a moment.

On September 3rd, a few months after a brainstorming session Mr. Greg Rubin and I had at his California office, First Bitcoin Capital Corp announced its newest division: First Bitcoin Incubator. This incubator is tasked to help crypto entrepreneurs turn their startup businesses into thriving online brands, providing startups with business training, workspace, access to mentors and other resources.

On September 23, 2019, the same company that was pushed to the Grey Sheets by what seems to be a misinformed marketplace,announced that First Bitcoin Capital Corp had accepted Tipestry Inc. as the first startup in the new incubator program. Tipestry is a social media platform that automatically adds a comment section with built-in cryptocurrency tipping to any website, allowing posters and website owners to earn Bitcoin, Ether, Dogecoin and other cryptocurrencies for creating and sharing content.

Putting some icing atop the cake, just earlier this week, a few short weeks after our most recent visit withFirst Bitcoin Capital Corp, they announced having signed a Memorandum of Understanding (MOU) with BITCASAS INC. The intent here is to ultimately acquire a major stake in BitCasas,Inc., a Silicon Valley-based startup that is building an online cross-border blockchain component platform for tokenizing investments in mortgage loans backed by U.S. real estate.

What’s the cherry on top?

Well, something like that would have to be announced as a material event. However, as one who believes in the merits of “survivalism,” I do not see any shortage of real opportunity in a fighter like First Bitcoin Capital Corp – a company with roughly 10k+ shareholders, a large crypto and social following, several technology assets and multiple development projects, with other intrinsic value which may be discussed  in the future. Aside from Mr. Rubin’s experience, much of this is the reason we entered into the original agreement that incorporated Mr. Greg Rubin into DigitalAMN’s advisory team, where he will assist with building Blockchain, crypto and cannabis endeavors. More importantly, we looked to establish the initial transaction that would solidify and monetize the relationship between First Bitcoin Capital Corp and DigitalAMN through the exchange of assets ($500k DigitalAMN Preferred Stock for 1 Billion BIT).

Based on our last visit with Mr. Greg Rubin, we are confident in the future of our respective companies.  We are equally confident in the probability that a joint effort between the two companies should achieve some greater benefit be born than that from our current engagement.

For DigitalAMN, and I believe for the shareholders of BITCF, this is something inspiring to work toward.